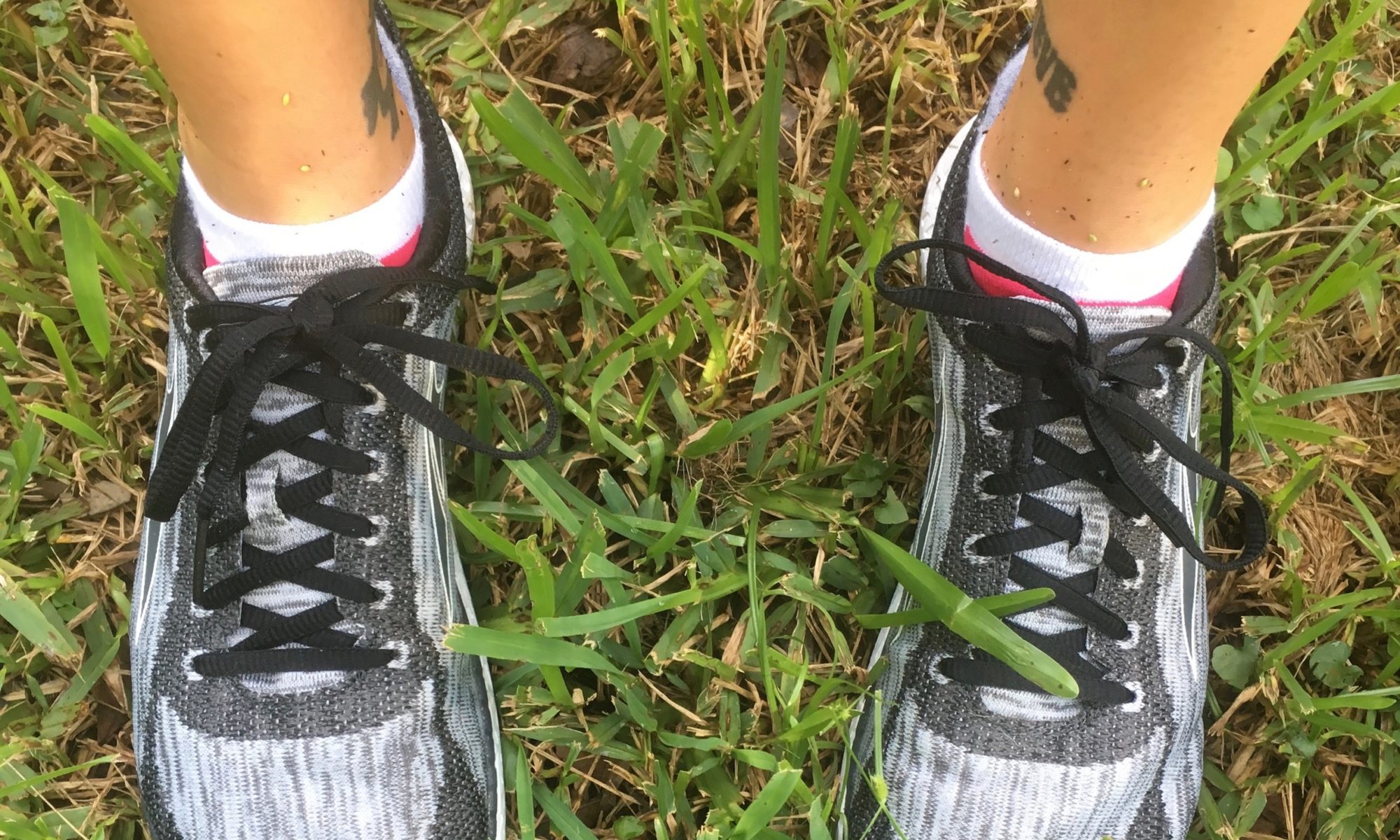 I got a long-overdue new pair of running shoes last week and put them to work immediately. The Altra Escalante is one of Altra’s newer designs, and it’s definitely a winner. I look forward to a future version with slight tweaks that will hopefully make a great shoe even better.

Stellar, except for the sizing (see below). I could’ve easily gone several more miles in these awesome shoes if they hadn’t felt too big. The more I ran, the bigger they felt—probably because my feet drifted laterally a bit, which reduced the functional length of my feet within the shoe. Other than that, I loved running in the Escalante. They stayed soft and cushy without being marshmallowy, and the knit upper had just enough support without being structured. I had to retie the laces a few times for optimum fit, which is pretty common for me when I run in brand-new shoes, but once I got settled on the right lacing, I was good to go. I ran with the Escalante on asphalt, concrete, and damp, grassy trails without traction issues, although it’s definitely not a trail shoe (and doesn’t claim to be).

I didn’t find the Escalante any better or worse than most running shoes in terms of breathability. I live in Florida and frequently run in jungle-like humidity and extreme heat. There’s no shoe in the world that can keep feet cool and dry in those conditions, and the Escalante is no exception. Sweaty feet are just a fact of life for runners in the deep south.

The white foam looked a bit thin when I took the shoes out of the box, but when I put them on, they were extremely soft and cushioned. The bounciness took a few minutes of adjustment since I’m used to firmer shoes, but once I started running, I was hooked. The Escalante is the most comfortably cushioned shoe I’ve ever worn. It feels a little too soft while walking, but it feels like heaven while running. I have sensitive feet that get angry easily, and I have zero complaints about the underfoot feel of the Escalante.

The outsole reminds me of an old tennis shoe traction pattern. The rubber is pretty smooth but has deep grooves. It’s highly segmented and leaves a lot of the midsole foam exposed, which helps reduce weight. I’ll update about durability in a month or two.

I’m a fan of Altra from way back when they issued their first Intuition that looked somewhat like a medical shoe with moon boot styling. I’ve often felt that I compromised aesthetics for comfort and function. Some of the major brands that’ve been around a lot longer make really good-looking shoes that always tempt me, but Altra consistently wins in the comfort and function categories. “Embrace the space,” as they say. Each time their designs have progressed, I’ve gotten happier and happier with the appearance of their shoes. The Escalante is the nicest looking Altra I’ve owned yet, except for maybe the bright red pair of Superiors that I own and love. I got the gray colorway in the Escalante, and it’s quite subdued without being too dark.

I’m a 9 or 9.5 in every shoe I’ve bought for at least a decade. In Altra, I wear 9 in the Intuition (version 3.5) and 9.5 in the Superior (version 2.0). I bought a 9 in the Escalante and was worried it might be too small based on other reviews of sizing. However, it’s the opposite of what I thought. Immediately after I put them on, there was too much space in the front and side-front of the shoe. I moved my foot around a bit and changed socks, but there still seemed to be too much space. I don’t like tight shoes, so I decided to lace them up and walk around a bit. They seemed good after all, so I wore them for a 5-miler. Unfortunately, by mile 2, it was glaringly obvious that they were too big. I almost tripped a few times because of the excess length. I can’t believe it, but I think I’m going to have to exchange them for an 8.5. My feet always tend to shift laterally in shoes, especially when I run, and that lateral shift made the 9s feel even longer. Really unexpected to need a smaller size, but I have to go with what fits best, regardless of number.

I LOVE the Escalante. It’s my new favorite shoe, except for the sizing. It’s an unstructured, perfectly cushioned, lightweight option for multiple paces and surfaces. I really, really hope the 8.5 fits perfectly so I can run a ton of miles in them. I’ll alternate the Escalante with my old pair of Intuitions (until I get new ones!), and still plan to use the Superior for trail running and the Lone Peak for hiking. Click here to buy the Escalante.

Have a great day!