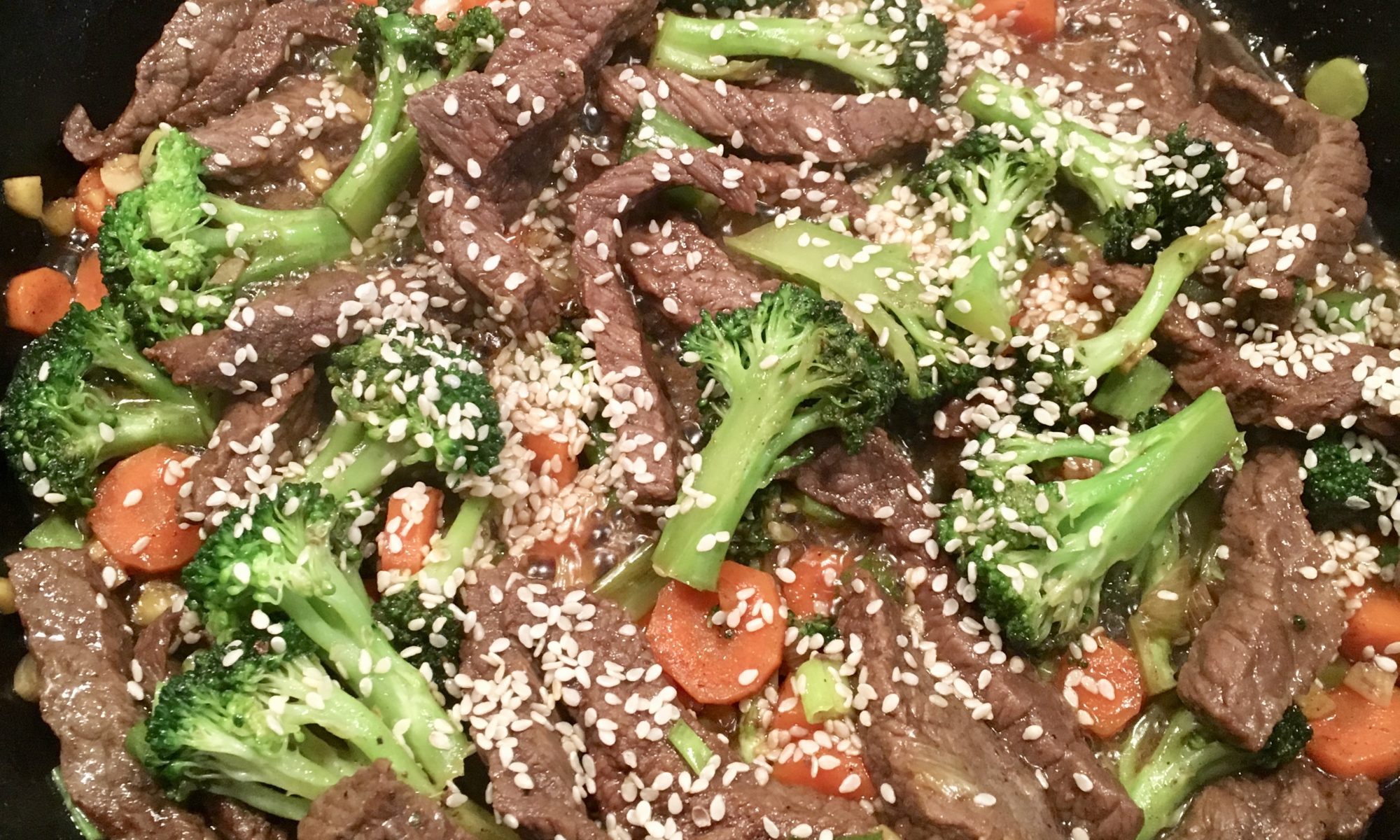 I felt bad for months without answers and had no idea that low ferritin could be the culprit. The first sign or symptom, I think, was when my feet suddenly hurt so bad that I couldn’t walk. I went from comfortably running 12+ miles at a time to being unable to take a single step. The pain in my feet was incredible. A five-week saga involved complete rest, new shoes, custom arch supports, and tons of medical treatments that didn’t work. Then a young chiropractor finally got to what seemed to be the root of the problem.

Near the knee, the sciatic nerve splits into two and becomes the common peroneal nerve and the tibial nerve. Extremely tight calf muscles were compressing the nerves, which in turn sent agony to my feet. The chiropractor used e-stim, heat, and RockBlades on my calves, then adjusted the bones in my ankles. The difference was immediate and shocking and wonderful. I went from no life to an almost normal one, or so it seemed.

But as time passed, my calves stayed tight no matter what, so my feet still hurt almost all day and night. I drank extra water, used a foam roller, a stick roller, and had my colleagues RockBlade my legs, but the pain and tightness always came back quickly. I knew something still wasn’t right, but I was so damn tired of going to doctors and spending time and money that I just decided I might have to manage my calf issues indefinitely without a real answer.

That was late spring. As I made my comeback to running and strength training, I never felt right. I was sweating profusely after even short, early-morning runs, my endurance stopped progressing, and I began to feel dead tired after any exercise at all. After so many years of chronic health problems, I wondered if what was happening was a natural progression of the disease process. I also started noticing that I had increasing trouble concentrating, felt exhausted most days, and my usual insomnia was worse than ever.

Things really took a turn for the worse when I drove through eight states to get to Baltimore for a few days of work. What should’ve been a fun, exciting solo trip that involved camping, a super nice hotel, old friends, new friends, and tons of adventure was downright terrifying. The four nights I was in the hotel in Baltimore, I honestly thought I was going to die. I couldn’t sleep at all despite being beyond exhausted. The mental fog was incredible and like nothing I’d ever felt. When I laid down at night, I was so tired and sick that I would tremble hard enough to lift my body off the mattress. I began living on extra coffee and energy drinks and strained to keep up professionally and socially. I had no idea what was happening but was very afraid.

I thought I’d start feeling better after I got home, although the justification for that thought was pretty weak and didn’t pan out to be true at all. I continued to get worse and despite HATING going to medical facilities, I went to urgent care one night when I was so lightheaded and wracked with tremors that I thought I might be dying.

My blood pressure was 82/58, then suddenly shot up to 140/92. An EKG showed that my heart was in atrial fibrillation (AFib), and I almost passed out a few times in the exam room. The urgent care doctor wanted me to go to the emergency room, but I refused. After years of dealing with our medical/industrial complex, the last place I want to go is a hospital. I went home and made an appointment with my primary care doctor and crossed my fingers that I’d live long enough to get to the appointment.

I developed all kinds of theories about what was going on, from reactions to supplements to simply, “I’m dying.” My doctor ordered a huge battery of blood tests and said he suspected iron deficiency. He told me to start taking iron pills just in case, and that if the bloodwork results showed I wasn’t anemic, it wouldn’t be a big deal to have been on the pills for a week. I hadn’t eaten red meat in a long, long time and had unpredictable, heavy periods, so his theory seemed plausible. I agreed to the blood draw— my first bloodwork in more than two years (I wasn’t kidding when I say I hate going to medical facilities).

I began taking iron pills every morning and begrudgingly ate beef. I didn’t feel better at all and was too exhausted to run more than a couple miles at a slow pace and with frequent breaks. Eventually, I couldn’t run and could barely even function during day-to-day tasks. My thinking, concentration, and mood got so bad that I felt like I’d had part of my brain removed. Since the doctor ordered such a massive volume of tests, the bloodwork took more than a week to come back. When it finally did, several truths were revealed. I had extremely high testosterone, which could partially account for my months of extreme sweating. My progesterone was rock-bottom, which further signaled major trouble with hormones. My white blood cell count was low as though I were fighting a bad virus, which was unexpected and never fully understood.

And, perhaps most telling for my symptoms, my ferritin level was in the basement. (For those who aren’t sure what a ferritin level is, here’s what Mayo Clinic says about it: “Ferritin is a blood cell protein that contains iron. A ferritin test helps your doctor understand how much iron your body is storing. If a ferritin test reveals that your blood ferritin level is lower than normal, it indicates your body’s iron stores are low and you have iron deficiency.”) So, my doctor’s suspicion about iron-deficiency was well-founded, but there were also other issues to address.

My next doctor’s appointment was a few days after the bloodwork came back, but I saw the results online in my patient portal before the appointment. I understood pretty well what was happening but still had tons of questions. I spent a solid hour making a list (yes, an hour for a list, which is indicative of how bad my cognition got) of questions to ask him during the appointment. Every aspect of my life was affected. I was depressed beyond measure, stupid beyond reason, and exhausted to the point of near death. I hesitate to say I’ve never felt worse, but I think it’s true.

Based on the bloodwork, my doctor quadrupled my iron pills, added liquid vitamin B to my supplement regimen, and sent me to a compounding pharmacy for a custom concoction of progesterone cream. He also prescribed Tamiflu to knock back any viral infection I might have, and ordered me to stay out of the heat and to not overexert myself at all. His reasons for why my ferritin level was so low were speculative but seemed reasonable— heavy/frequent periods, heavy sweating, long-distance running, and lack of dietary meat. He said heme-iron, the kind that comes from animal products, is the most readily absorbed by the human body, and that at least for a while, I’d need to eat meat again.

We discussed an intravenous iron infusion to raise my low ferritin level. He didn’t want to risk me going to the hospital for the infusion with my health history and low white cell count. I struggled to take a deep breath, struggled to walk to my truck, struggled to concentrate. I knew there could be nasty side effects to taking four iron pills per day, but I also knew I couldn’t keep going on a fake-it-til-you-make-it mentality. The way I felt was affecting every aspect of my life. I’d called in sick a few days at work for the first time in years. I don’t have benefits, so calling in sick means losing significant money, which is pretty much the last thing a person needs when caught up in our broken, profit-mongering medical system.

I asked for a timeline for improvement. My doctor said he hoped I’d start to feel better at the two-week mark, but that the 4x daily iron pills might still take six months to restore me to a healthy ferritin level. Six freakin’ months? I tried to focus on his two weeks comment. Two weeks is a long damn time, but six months sounded like something I couldn’t handle. Running and hiking are my major stress relievers. To not be able to do those things during such a hard time was even more crushing. But I’d gotten to the point of feeling so out of it— totally disconnected from life— that I almost didn’t care.

I’m now on day fourteen of taking iron four times a day. I have no way of knowing if my low ferritin level is rising a little, rising a lot, or staying the same, but I feel different. My next blood draw won’t be for another month unless I get worse. I hope it shows a huge rise by that time. I hope I feel so good by then that I’ll almost forget what I’m fighting. At this point, I do NOT feel good and haven’t noticed nearly as much progress as I thought would happen by now.

The side effects of big doses of iron aren’t hitting me super hard, but my period came early and heavy and it’s possibly undoing a lot of the progress that I’d started to make. Heavy blood loss is one of the worst things for iron deficiency. My coworkers, patients, and family say I look better, and that there’s more color in my face than there had been for months. I’m not quite as stupid or exhausted as I was. The hot flashes are coming a little less often. I’m able to do light strength-training indoors with the AC blasting.

I still have zero heat tolerance, am foggy-brained, and very tired, but everything is a little better. One of the biggest changes is the pain in my feet and legs– it’s almost gone! But do I feel good yet? Definitely not. It’s amazing how long this process takes. Hopefully in a couple days, when my period is gone and I’m at the two-week mark on iron pills, I’ll really start to notice a difference. I miss running and hiking. I miss thinking clearly and I miss being sort of smart, but at least I finally see a tiny pinhole of light at the end of the tunnel. Y’all, don’t be like me. Get your routine bloodwork done and don’t try to hide how bad you feel. It can really suck to get caught up in the medical system, but avoiding it when something’s wrong is dumb. Don’t be me. Don’t be dumb.

Symptoms I Experienced with Low Ferritin